Conrad Sangma invites US IT & media companies for investing in Meghalaya

The CM enlightened the gathering on different initiatives taken by the government to address social, environmental and economical issues in Meghalaya 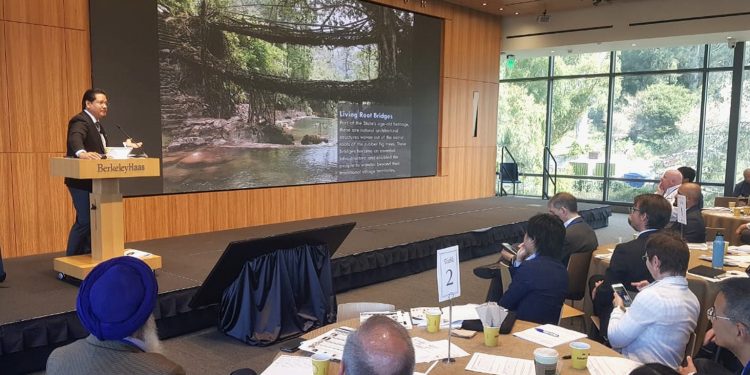 Meghalaya Chief Minister Conrad K Sangma on Thursday invited IT & media companies from the United States of America to invest in the state, stated an official release.

He made the invitation while addressing at the Berkeley Innovation Forum, organised by Berkeley Haas School of Business.

The forum was attended by top executives of Intel, IBM, Google, Disney, etc.

The chief minister enlightened the gathering on different initiatives taken by the government to address social, environmental and economical issues in Meghalaya.

“I have invited US-based companies to explore business possibilities to partner with Meghalaya and initiate interventions that would benefit our people and the State as a whole,” the CM said.

“We are open to investment opportunities as these will open new avenues for job creation,” Conrad Sangma added.

In a presentation made before the gathering, Sangma highlighted on the exotic products the State boosts off including the lakadong turmeric, various tourist destinations and the discovery of the ‘Meghalaya Age’.

He also presented some challenges that the state faces to the group.

The executives and students took the challenge and presented with some solutions that were welcome by the Chief Minister.

CM Conrad Sangma impressed upon the audience that he and his team will try to implement the ideas.