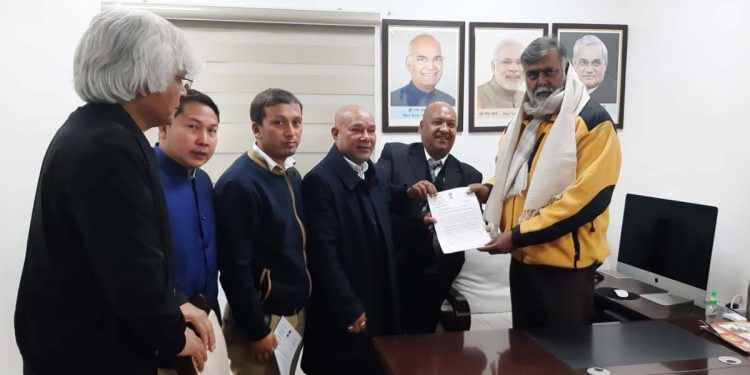 The Meghalaya Tourism Development Corporation (MTDC) chairman Sanbor Shullai has sought the Centre’s support for tourism development in the state.

Shullai, who represents the South Shillong constituency, was accompanied by state BJP president Ernest Mawrie and a host of BJP leaders, during the meeting.

During the meeting with the union minister, Shullai requested Patel for early release of the first instalment under the Development of Northeast Circuit which was sanctioned Rs 85 crore by the Central government.

The MTDC chairman also requested for early sanctioning of Spiritual Circuit and Prasad scheme for which the state government had submitted a total project worth Rs. 97 crore.

Shullai informed the union minister that the state has benefited from sustained self revenue generation and employment from the Swadesh scheme.

The BJP MLA requested the union minister to support Meghalaya by sanctioning various funds so as to support the 20-year vision document to be launched by the MTDC for the overall tourism development and employment generation in the state and its young people.

The union tourism minster assured to look into the request and gave priority to the MTDC’s proposal towards the overall development of the tourism sector in the state.