Meghalaya government is caught in a catch 22 position with mortal remains of the state’s first COVID19 victim.

The state government on Wednesday afternoon started the formalities to cremate the body of Meghalaya’s first COVID19 victim as per the WHO and Government of India guidelines.

As per the decision, the mortal remains were to be cremated at the Jhalupara crematorium in Shillong.

But, it was not allowed by local people at Jhalupara.

They said there is no proper infrastructure for cremation of a COVID19 patient, and the killer virus would spread in the area.

The local people said the workers at the crematorium are not skilled, and they do not have safety gear or personal protective equipment.

When contacted, Deputy Commissioner, East Khasi Hills, MW Nongbri said the magistrates were dealing with it.

Meanwhile, the Executive Committee of Nongpoh Dorbar Shnong decided not to allow the burial of the body of the COVID19 victim in his farm house.

When contacted, Meghalaya Health minister A.L. Hek confirmed that there was a problem with the cremation, and government officials are trying to resolve the issue with the locals of Jhapupara.

Hek also said that the government is also in consultation with the elders of Nongpoh Dorbar to allow the burial of the COVID19 victims’s mortal remains. 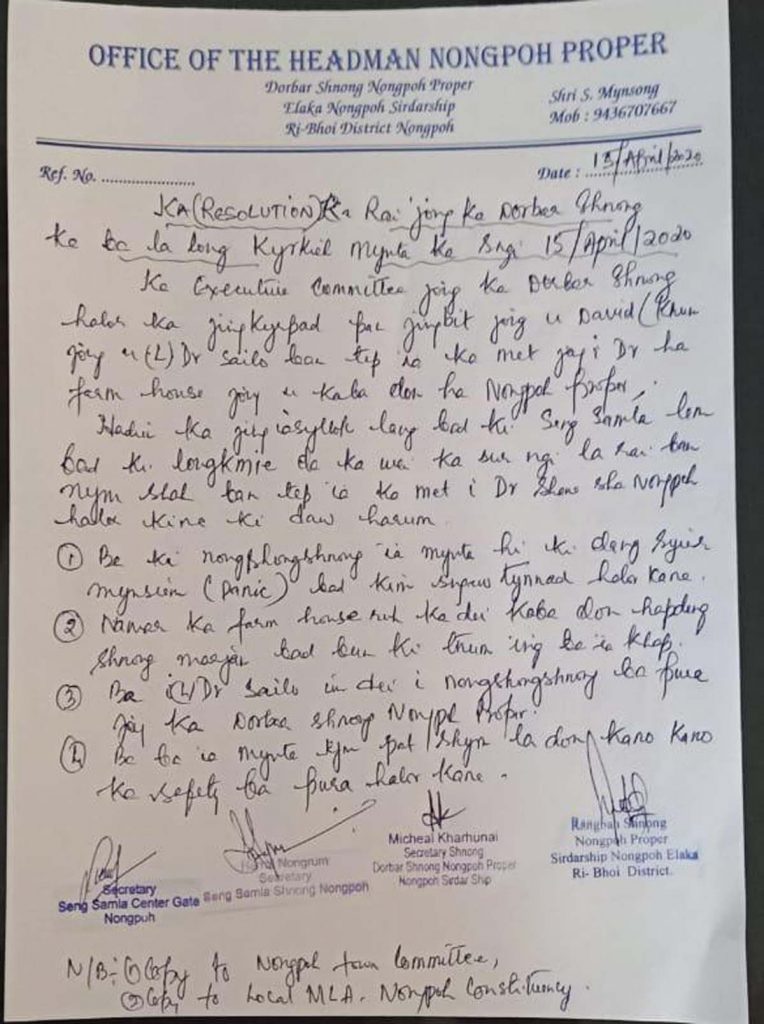