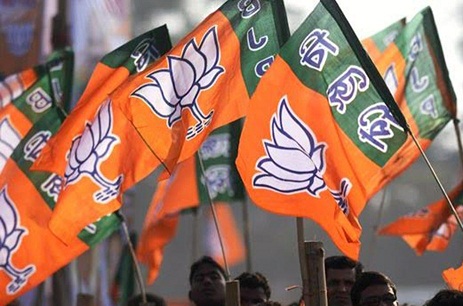 BJP in Meghalaya appears to be in a catch-22 situation as it is yet to decide which of the coalition partners it should extend its support to for the Ranikor by-poll. Three parties which are part of the coalition MDA – NPP, UDP and PDF are fielding their candidates for the by-poll.

The party which is part of the NPP-led Meghalaya Democratic Alliance (MDA) government has decided not to field candidate for the by-election to Ranikor Assembly seat slated for August 23.

Meghalaya BJP president, Shibun Lyngdoh said that after detailed discussion at a meeting of the Ranikor BJP mandal at Nongiri village in South West Khasi Hills district on Wednesday, all members and party leaders in unison decided not to field party candidate in this by-election.

Lyngdoh said that the meeting unanimously decided to support any candidate put up by the MDA partners.

When asked, which candidate the BJP would extend support to from among the three – Danggo, Marweiñ and Syiem – the BJP president said, the matter would be again discussed with the MDA partners.

Earlier, the two BJP MLAs, Sanbor Shullai and A L Hek had opined that since the BJP is part of the MDA coalition government which is being led by the NPP, the party should support the candidate put up by the NPP.