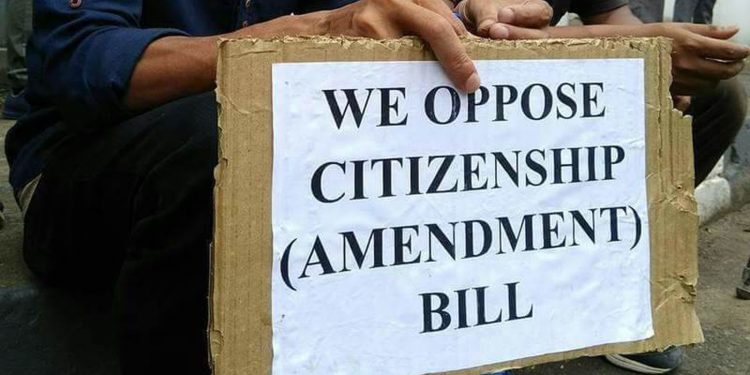 As the Centre is ready to push for passage of the Citizenship Amendment Bill (CAB), the North East Forum for Indigenous People (NEFIP) has announced resumption of mass agitation against the bill from Monday.

As per the agitation, two days’ night road blockade will be observed on Monday and Tuesday in Meghalaya.

The executive committee of the NEFIP decided that each federating unit at the state level has been allowed to decide as per their conveniences and understanding regarding the mode of agitation on Monday and Tuesday.

The bill seeks to grant Indian citizenship to non-Muslim immigrants from Afghanistan, Bangladesh and Pakistan.

“In spite of giving any heed to our incessant protests and prayer in the form of memorandum, the same Bill is going to be introduced in the forthcoming Winter Session of the Parliament 2019 undermining the aspirations and legitimate rights of the indigenes of the region,” the forum stated in a press release.

It added, “To recognise such illegal immigrants as ‘natural persons’ who can acquire Indian Citizenship on the basis religious identity runs antithetical to the Constitution.”

“NEFIP is of the opinion that the eligibility criterion to grant citizenship to these illegal migrants besides being unreasonable and unlawful is genocidal for the indigenes of the entire NE region,” the forum added.

NEFIP said giving shelter and providing citizenship to the “so-called religiously prosecuted migrants who are in fact economic labours” would adversely prosecute the indigenous population of the entire Northeastern region.

The bill was passed in the last Lok Sabha on January 8, 2019 but the government could not table it in the Rajya Sabha following protests from different quarters.

The bill lapsed following the dissolution of the last Lok Sabha.