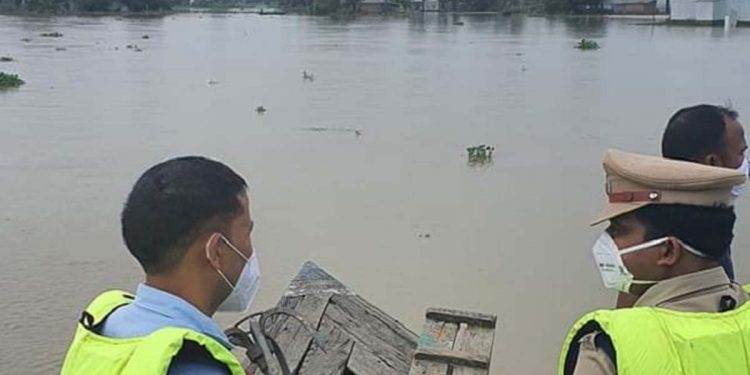 Shah assured all possible help from the Centre.

“Loss of lives due to the floods in West Garo Hills, Meghalaya is very disturbing. I have spoken to the Chief Minister, Shri @SangmaConrad and assured him all possible help from the Central government. The nation stands resolutely with the people of Meghalaya in these trying times,” Shah tweeted on Tuesday.

CM Conrad Sangma has also reviewed the flood situation in Garo Hills with Deputy Commissioners of the affected districts.

Floodwaters in plain areas have affected many places following incessant rains in the last few days.

Five persons including a woman and four children have died on July 15 and 16 in Tikrikilla and Demdema C&RD Blocks respectively due to drowning, and around 1.7 lakh people have been affected in around 195 villages.