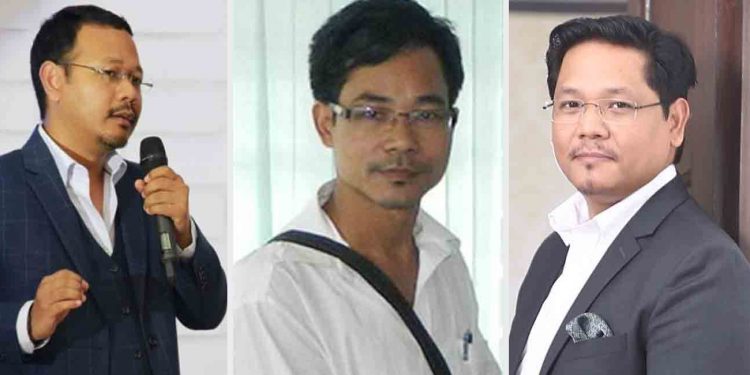 This is shocking! One MLA of ruling National People’s Party (NPP) in Meghalaya has allegedly kidnapped cousin of chief minister Conrad K. Sangma.

An FIR has been lodged on Wednesday against National People’s Party (NPP) MLA Benedict Marak alleging that he had kidnapped Boston Marak from Asibra at Tura in West Garo Hills.

However, during the last couple of years, Boston Marak has been politically opposed to his cousin brothers, and especially the NPP.

Also Read – Does James K Sangma have the courage to answer questions raised by Meghalaya journalists?

Boston Marak is also reportedly close to former chief minister Mukul Sangma. He had joined the BJP in December 2019 in presence of BJP’s national spokesperson Nalin Kohli in Guwahati.

The FIR on Wednesday was filed at Tura Police Station by Dikchelisa M Sangma, wife of Boston Marak, a resident of Asibra in Tura.

People in Tura, who closely follow the dynamics of politics of Garo hills of Meghalaya, are of the opinion that Boston Marak was allegedly kidnapped on January 7 as the Meghalaya High Court had ordered floor test of the Garo Hills Autonomous District Council (GHADC).

As per the Meghalaya High Court order, floor test of the Garo Hills Autonomous District Council (GHADC) was scheduled to be held on January 9.

It was obvious that Boston Marak would have voted against the NPP during the floor test at the Garo Hills Autonomous District Council (GHADC).

Though Boston Marak is cousin of chief minister Conrad K. Sangma and home minister James K. Sangma, he has been against the NPP.

The drama of kidnapping of Boston Marak may not last for too long now as the Supreme Court on Wednesday stayed the order of the Meghalaya High Court for floor test at the Garo Hills Autonomous District Council (GHADC).

Family members of Boston Marak said till Wednesday evening, Meghalaya Police was yet to “rescue” him.

In the FIR, Dikchelisa Sangma claimed Boston Marak was kidnapped from their residence at 11:51 pm on Tuesday from Asibra in Tura.

Dikchelisa Sangma alleged that Benedict Marak, MLA of Raksamgre constituency and Sengnal Sangma, a senior member of the NPP came with a group of unidentified persons, and had “forcefully” taken away Boston Marak from his residence.

While Boston Marak’s wife has raised fingers at two NPP leaders for alleged kidnapping of her husband, it is surprising that Meghalaya home minister James K. Sangma did not make any official statement.

Dikchelisa Sangma said Boston Marak had called her, and had informed that he was in Shillong.

She said two NPP leaders — Benedict Marak and Sengnal Sangma shall be held responsible if any untoward incident happened to Boston Marak.