Meghalaya to come with new directorate for increasing milk productivity 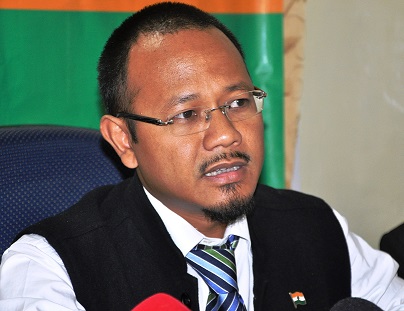 In order to boost milk productivity in Meghalaya, the State Cabinet on Monday accepted the proposal for creation of a new directorate of dairy development.

He said that the state government has launched the Meghalaya Milk Mission and Rs 215 crore has been sanctioned through the National Cooperative Development Corporation.

Apart from creation of a new directorate, the state cabinet has also decided to increase the grant-in-aid for 15 night and morning ad-hoc secondary schools in the state.

Sangma said that the state government has decided to follow a uniform rate while providing grant-in-aid to such schools.

The Meghalaya government has given different grant-in-aid amounts to different categories of schools in the past.

The home minister informed that the night and morning schools which have classes IX and X will be given Rs 20000 each while the schools having classes from VI to VIII would be provided with Rs 40000 each.

The cabinet has also approved the proposal for enhancing the factory license and renewal fees after a gap of 18 years.