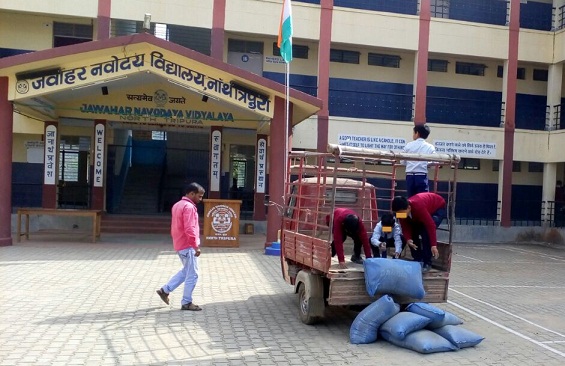 The parents of students studying at Jawahar Navodaya Vidyalaya (JNV), Mawphlang in Meghalaya have sought the intervention of the state government for re-opening of school.

Parents of the students met Meghalaya state planning board chairman Lambor Malngiang on Friday urged the state government to intervene since the closure of the school has affected the children.

The JNV Mawphlang was closed down due to non-functional of a sewage treatment plant.

Though the school was to reopen on July 1 after summer vacation, but it remained closed till date after an Assembly Committee on environment asked the school authority to shut down on June 26.

Headed by Mawphlang MLA, S.K. Sun, the Committee found that the sewerage treatment of the school discharged waste into a stream that flows down to the Greater Shillong Water Supply Scheme reservoir at Mawphlang.

The JNV Mawphlang has around 400 students.

Malngiang said that after discussing with the parents, a meeting will be held with the regional director of JNV, officials of the public health engineering, and Central PWD on August 2.

“The sewerage treatment plant of the school should be made functional immediately as the closure of the school will affect the future of students,” Malngiang said.

He said that the school should re-open within August.

Malngiang expressed concern over the delay to install the treatment plant and said that the school and the CPWD should take the responsibility.

“Closure of the school affects the students, and the absence of a sewerage treatment plant affects the water supply project because we also need clean drinking water,” Malngiang said.