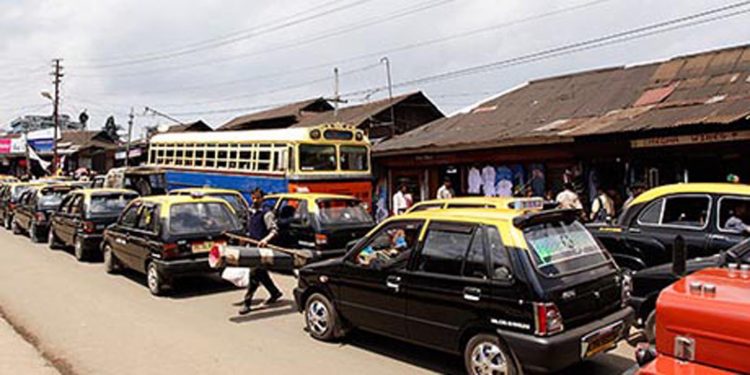 After scrapping of the first proposal, the Meghalaya government is working on another proposal of building a flyover to ease traffic congestion in Shillong city.

An official in the Urban Affairs department said survey has been undertaken on a proposal to construct flyover from Bivar Road near an official residence of the Chief Secretary to the CRPF Camp at Polo.

“Once the project is found feasible, a detailed project report would be prepared,” the official said.

The first proposal to build a flyover from Rap’s Mansion near Secretariat to Them Ïew Mawïong in the city was made during 2004-2005.

However, this proposal has been closed as the project was not feasible mainly due to unavailability of space including objection raised by the ministry of defence and Meghalaya High Court.

When asked about the newly proposed flyover, Urban Affairs Minister Hamletson Dohling said survey was conducted but the report is yet to be received.

He informed that the survey was carried out by engineers of the PWD (Roads) and Urban Affairs department from Bivar Road to Polo.

Dohling said the State government is concerned over the problem of congestion and wanted to take steps to address traffic congestion in Shillong city.

Dohling said the government also wanted to develop an area at Barik as a parking space and from there, connect with skywalk to Lachumier and the Secretariat.

Traffic congestion is getting from bad to worse in Shillong city due to lack of scopes to widen roads.

The number of cars keeps on increasing day by day and roads in the city are chock-a-bloc everyday especially during school hours.

Using school bus is one of the solutions to address congestion in the city, but the government has not compelled school authorities, especially those of private schools to use school bus.

Many students are dropped and fetched off by using their own vehicles everyday and roads in Shillong city including the National Highway are jammed during school hours.