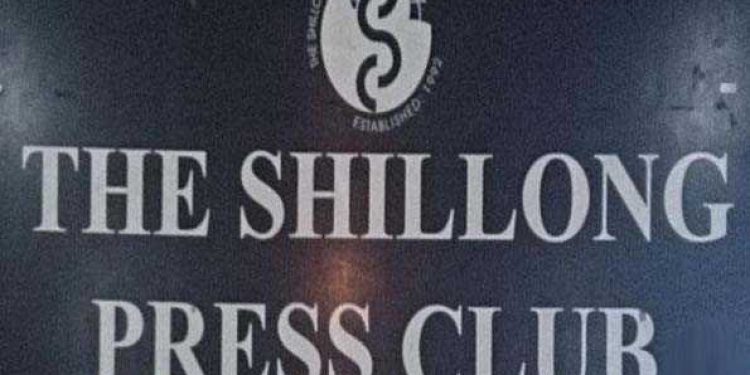 On the eve of World Press Freedom Day, the Shillong Press Club on Thursday expressed its solidarity with all colleagues and comrades from the region, the country and the world as a whole who have been victims to suppression of free speech.

In a statement issued by Shillong Press Club president, David Laitphlang and general secretary, Powell Sohkhlet condemned the repeated attacks and concorted attempts to suppress the freedom of speech in various parts of the country in general and the north-eastern region in particular by various forces ‘inimical to a peaceful and vibrant democracy that this great nation has been founded in’.

While extending best wishes to all members and fellow journalists of the state, region, nation and the world, Shillong Press Club on this day ardently hoped that freedom of speech and expression will ‘return to where it was, so that the aspirations and desires of all people is achieved through positive and fearless journalism which will always remain the hallmark of the fourth pillar of democracy’.

The statement from Shillong Press Club further stated that the day is an ‘opportunity to celebrate the fundamental principles of press freedom; assess the state of press freedom throughout the world; defend the media from attacks on their independence; and pay tribute to journalists who have lost their lives in the line of duty.’

World Press Freedom Day was proclaimed by the UN General Assembly in December 1993, following the recommendation of UNESCO’s General Conference.

Since then, May 3 is celebrated worldwide as World Press Freedom Day.

This year’s theme of World Press Freedom Day is ‘Media for Democracy: Journalism and Elections in Times of Disinformation’.