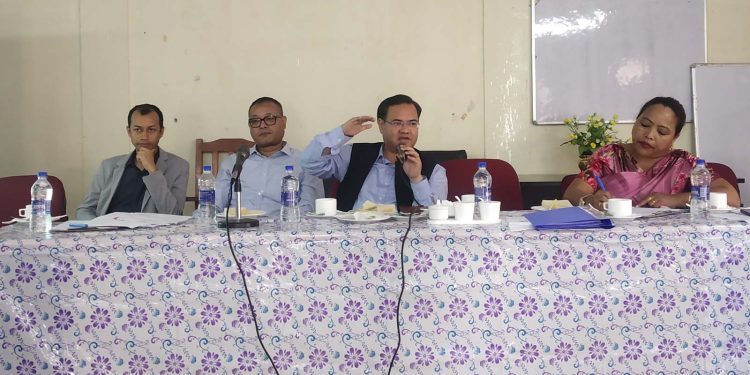 Meghalaya chief electoral officer (CEO) FR Kharkongor on Thursday presided over a review meeting on the preparedness for the upcoming by-election to Shella Assembly constituency.

The meeting was held at Sohra Civil Sub-Division in presence of the Joint CEO, RP Marak and other officials.

The CEO discussed security issue as well as preparedness if the Election Commission announces anytime the date for holding the by-election.

The by-election is likely to be held within this year to fill up the vacant Shella seat following the demise of veteran MLA, Dr Donkupar Roy.

The former Speaker of the State Assembly, Dr Donkupar, who represented Shella Assembly constituency for seven consecutive terms since 1988, passed away on July 28.

According to the special summary revision published on January 17 this year, Shella Assembly constituency has a total of 29,542 voters including 14,698 male and 14,844 female.