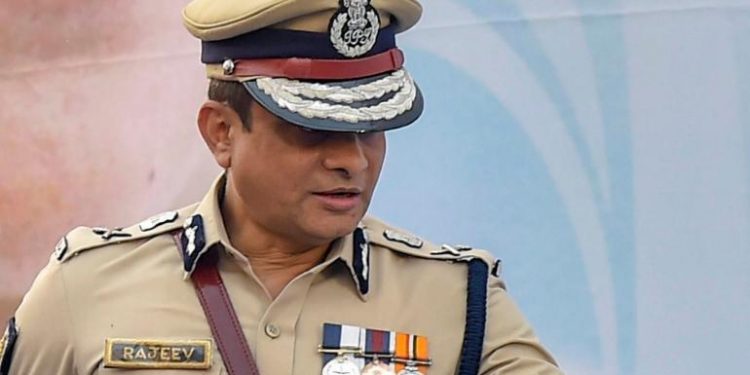 The Central Bureau of Investigation (CBI) finally loosened the noose on Wednesday and allowed Kolkata Police Commissioner Rajeev Kumar to leave Shillong after questioning him in the Saradha and Rose Valley chit fund scams for five consecutive days.

Kumar, who was grilled in the Shillong CBI office, had written to the CBI seeking to give him a ‘break’ so that he can prepare his reply to the contempt petition filed by the CBI in the Supreme Court against him and two other senior officers earlier this month.

The CBI has filed contempt petition in the Supreme Court against Kumar on February 4 for alleged non-cooperation on the Saradha chit-fund scam.

Soon after the the special team from the central investigating agency grilled him for three hours on Wednesday, Kumar left for Kolkata via Guwahati.

Kumar had earlier arrived in Shillong on February 8 from Kolkata via Guwahati after the apex court directed him to join the CBI probe at a ‘neutral place’.

Ghosh, who had left Shillong on Tuesday, said that he has lodged an ‘official complaint’ against Kumar for allegedly influencing the ongoing probe.

Ghosh had earlier implicated former Union Minister Mukul Roy, who has quit the Trinamool Congress to join the Bharatiya Janata Party (BJP), and 12 others in the Saradha chit fund case.

The central investigating agency is likely to move the Supreme Court seeking permission to quiz Saradha Group Chairman Sudipta Sen and his close aide Debjani Mukherjee in connection with the chit fund case.

They also want to confront Kumar with Sen and Mukherjee on the chit fund scams.