Massive protest rally against CAA, NRC in Mumbai on Friday 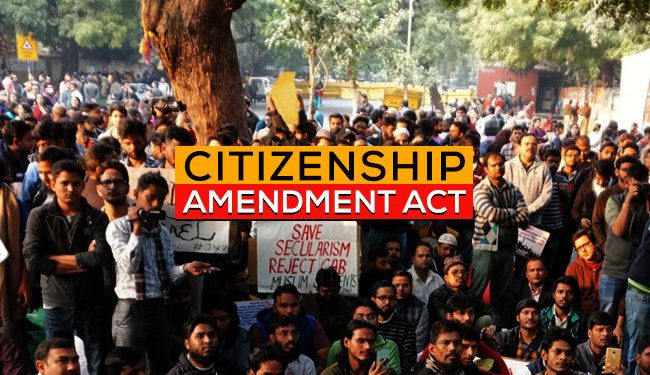 A massive public protest rally will be organized on December 27 next in Mumbai against Citizenship (Amendment) Act, 2019 (CAA) and National Register of Citizens (NRC).

The rally will start from Nagpada/Byculla and culminate at Chhatrapati Shivaji Maharaj Terminus (CSMT). 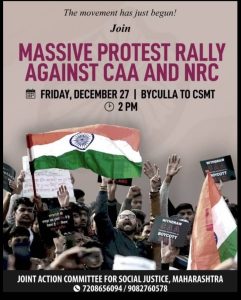 Students of TISS, IIT-Bombay, Mumbai University and other educational institutions, along with representatives of political parties, have now come together under the banner Joint Action Committee for Social Justice against CAA and NRC.

The rally will start from Byculla at around 2 pm and end at CSMT.

Organizers have said that the rally will be dominated by students and there will be no speeches.

They were of the view that the fight in the Northeast, and even more so in Assam, has never been one of xenophobia or hate for any community on the basis of religion.

It has been one to protect its culture and identity, which has always had diversity, they maintained.