Married couple can avail yearly pension of Rs 72,000 under government pension schemes by investing just Rs 100 each per month 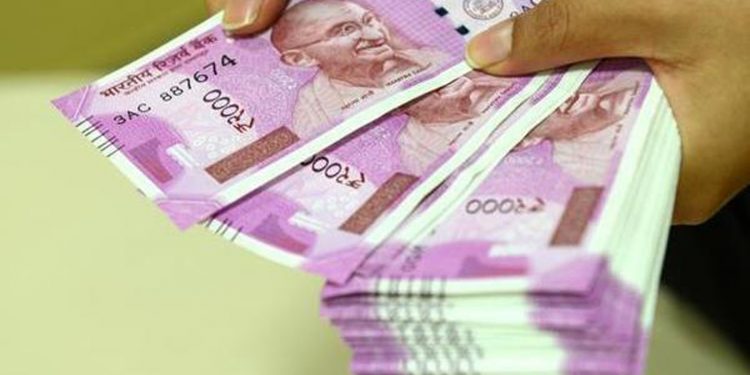 If you are a married couple, you can earn a yearly pension of Rs 72,000 under government pension schemes by investing just Rs 100 each per month from the age of 30.

According to the central government schemes, the married couple can get a pension of Rs 6,000 per month.

This was informed by union minister for labour and employment Santosh Kumar Gangwar speaking at a ‘Pension Week’ event last week.

The schemes – Pradhan Mantri Shram Yogi Maandhan (PM-SYM) and National Pension Scheme for Traders and Self-Employed Persons (NPS-Traders) – were launched by the Modi government this year.

Union minister Gangwar said both the schemes are and simple and hassle-free.

How one can avail the benefits of these pension schemes?

Union minister Gangwar said, “It takes only 2-3 minutes to get oneself enrolled under the schemes. The monthly contribution has been kept at the lowest level that ranges from Rs.55 to Rs.200 per month depending upon the entry ages of the subscriber.”

How to calculate the pension?

If a person is 30 years old, his monthly contribution in the schemes would be around Rs.100 per month, said union minister Gangwar.

Thus, he will have to contribute just Rs.1200 per year and Rs.36,000 during his entire contribution period.

After attaining 60 years, the contributor will get Rs.36,000 per year as pension.

“The life table clearly indicates that if a person reaches 60 years, he is likely to survive around 80 years of his age. In this way, he will get Rs.36,000 pension per year,” Gangwar said.

Gangwar also said that after the death of the insured person, his spouse will get 50 per cent of the pension – Rs.1,500 per month.

In case both the husband and wife are eligible, they can join the scheme separately and after 60 years, they will get Rs. 6,000 as pension.

“If husband and wife are both eligible, they can join the scheme separately and after 60 years, they will get Rs 6,000 as pension which will be sufficient to meet their daily needs, during old age,” the union labour ministry statement said.

If one of the couple dies during the pension period, the spouse will get Rs.4,500 per month as monthly pension (Rs.3000 as his own and Rs.1500 for spouse), said the union minister.