NSCN (IM) denies inciting the people nor orchestrating anything 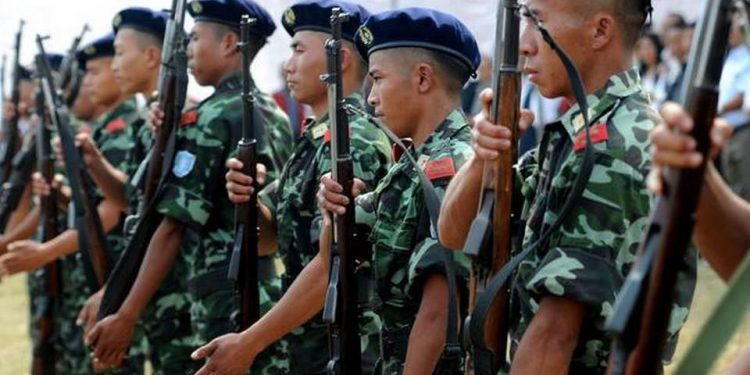 The NSCN (IM) on Thursday expressed relief that the Sihai camp episode has been finally resolved amicably.

The outfit, in a release issued by its MIP, said it waited for nearly a week for the matter to be handled at appropriate political level as Indo-Naga issue is a political issue and not military.

However, the NSCN (IM) questioned the need for military built-up during the whole period of intense heat at the spot of the “conflict” when the issue is already flying high at the highest political level and just touching the threshold of signing up for the final political settlement.

It called it unfortunate that the Eastern Command of Indian Army, as reflected in its PIB (Defence) press statement, was desperately trying to show military colour to the issue. “History is the best lesson to learn something,” it said.

According to the NSCN (IM), the press statement of the Eastern Command only reflected heavy grudge against it, which, it said, is a matter of regret.

It said the Assam Rifles authority stationed at Sihai to monitor the situation had all along maintained that they are simply obeying the order from the higher up.

It said the Naga political movement is a people’s movement and the Naga people’s sentiment is deeply involved in this period of more than 71 years of struggle.

The NSCN (IM) denied inciting the people nor orchestrating anything as stated by the Eastern Command press release.

According to it, the Naga people’s reaction of organising mass rally is something that comes spontaneously because of their love for peace and their aspiration for the final political settlement.

The NSCN (IM) said it believed that the mass rally was not targeted against the Assam Rifles nor it but for cooling down the situation to avoid showdown.

It advised the PIB (Defence) to handle press matter with professional craft, bereft of “communal poison” and avoid stretching their hands too far not to touch on issues that are not within their parameter.