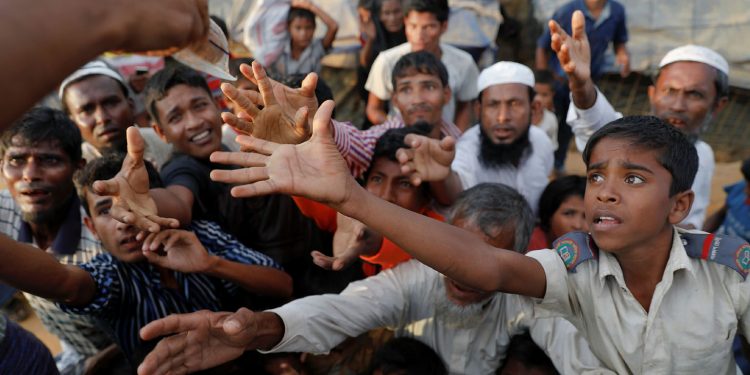 Manipur will not accept the entry of Rohingyas and Bangladeshi Muslims after ILP is introduced in the state and CAA is implemented in the country.

This was announced by the All Manipur Muslim Organisations Co-ordinating Committee (AMMOCOC).

“We will not accept the entry of Rohingyas and Bangladeshi Muslims in the wake of the ILP being introduced in Manipur,” AMMOCOC president SM Jalal Sheikh said.

He was addressing the media in Imphal on Sunday afternoon.

“After CAA is implemented across the country if any Rohingya or Bangladeshi Muslim seeks to enter Manipur, then they should know we are not going to take them in,” Sheikh asserted.

“In connection with the issues related to Meetei Pangals, a few conventions have already been organised in the state,” he added.

The AMMOCOC president further announced that a similar convention will be organised on January 21.

“During the convention, issues related to CAA and ILP will be discussed elaborately,” Sheikh reiterated.

The convention will focus on how the ILP will protect the indigenous people of Manipur.

“Those interested in expressing their views and opinions during the convention can submit their details at AMMOCOC headquarters by January 15,” he added.

The bill to implement inner line permit (ILP) in Manipur was introduced in 2018, by the state government.

The bill, however, did not get passed since it could not get the President’s assent.

Further, the inclusion of Manipur in Inner Line Permit was announced on December 10, 2019, after the Centre decided to pass the Citizenship (Amendment) Act and leave Manipur out of its purview.