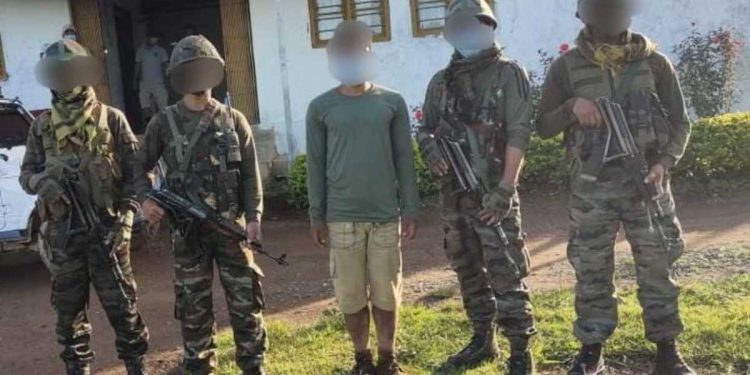 PREPAK and PLA are proscribed rebel outfits based in Manipur.

Troops of Keithelmanbi and Chassad Battalions under the aegis of IGAR (South) arrested the militants from Imphal West and Kamjong districts of Manipur, respectively.

Acting on specific inputs, troops of Assam Rifles launched the operations which led to the arrest of the two militants.

The arrested rebels were handed over to Nambol and Kamjong Police Stations for further investigation, reports said.