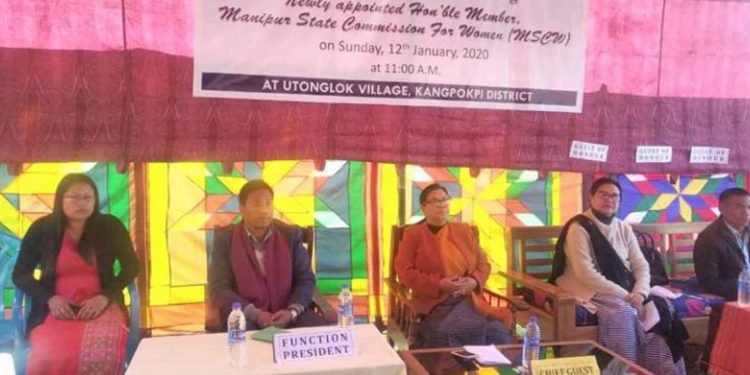 “It is vital that the status of women in society is uplifted,” she said.

The MSCW chairperson was speaking as the chief guest at the thanksgiving programme for the newly appointed member of MSCW, T Chuongsin Koireng at Utongkok village, Kangpokpi district on Sunday.

“Some of the tribal customary laws are not in favour of women and many educated tribal women could not do what they wish to since they are bound by these laws,” Binota further said.

“At the same time, many of the customary laws are also an important factor in preserving their cultural identity,” she added quickly.

“When the customary laws resolve cases involving women, the grievances of the women remain unaddressed without justice,” she said.

“Contributions of tribal women towards cultural identity and socio-economic activity has not been acknowledged and they are not given the credit,” she bemoaned.

“For the overall development of society, the status of women should be improved,” she reiterated.

“It is sad to see that women from the certain community still don’t have the rights over property,” she said.

She further expressed her happiness of the fact that after several recommendations, Choungsin Koireng was appointed as the member with an aim to include smaller communities in MSCW.