Smugglers have been using the India-Myanmar border in Manipur as a transit route. 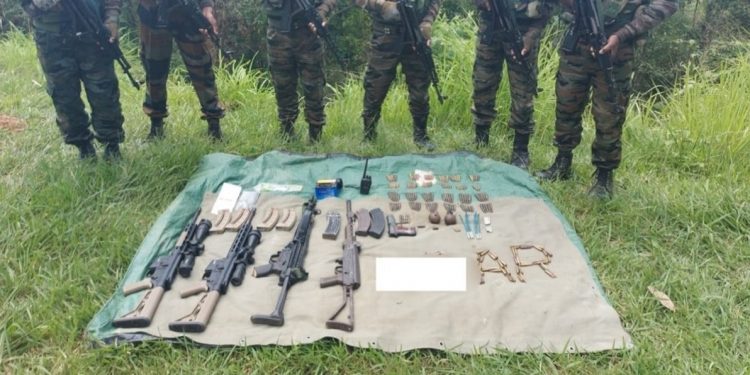 Troopers of the Assam Rifles have managed to recover a huge cache of arms and ammunition and other ‘warlike’ stores, including sophisticated and highly modernized weapons from near the India-Myanmar border in Manipur.

Two Smith and Wesson M&P AR 15/22 with four magazines, one AK 47 rifle with two magazines and 210 rounds, an M-16 rifle with a magazine, two grenades, a 9mm pistol with 10 rounds and eight detonators were recovered.

The recovery was made at Kamjong district in Manipur along the India-Myanmar border.

The recovery was made by troopers of the Chassad Battalion stationed at Kamjong district in Manipur.

Meanwhile, the recovered arms and ammunition have been handed over to the Kamjong Police Station for further investigation.

It is yet to be ascertained as to of which militant outfit this cache of arms and ammunition belonged.

Notably, smugglers – be it arms or be it drugs – have been using the India-Myanmar border in Manipur as a transit route.