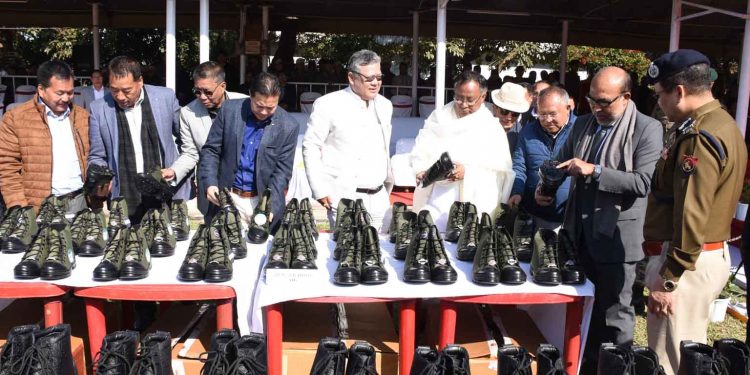 Manipur Chief Minister N Biren Singh said that the present state government will not encourage favouritism and nepotism as it strictly believes in maintaining transparency.

The CM was speaking at a uniform items distribution function at the 1st Manipur Rifles parade ground in Imphal on Monday.

The function was attended by Deputy CM Y Joykumar along with a host of other dignitaries and ministers, MLAs, DGP and top civil and police officials.

The uniform items were distributed through 37 Superintendent of Police of districts and Commanding Officers of different battalions based in the state during a function.

Speaking on the occasion the CM claimed that law and order situation in the state has improved tremendously.

He appealed to the masses to support the government in curbing corruption in recruitment, promotion, transfer and postings of various departments.

“The programme today is simple yet very meaningful. The programme provides an opportunity to give due respect to the police personnel for their remarkable service,” the CM added.

“It is due to the commitment and hard work of the police department, the government has been able to combat drug menace in the state,” he said.

In his speech, Manipur DGP LM Khaute also appreciated the initiatives taken up by the government for the welfare of the state police force.