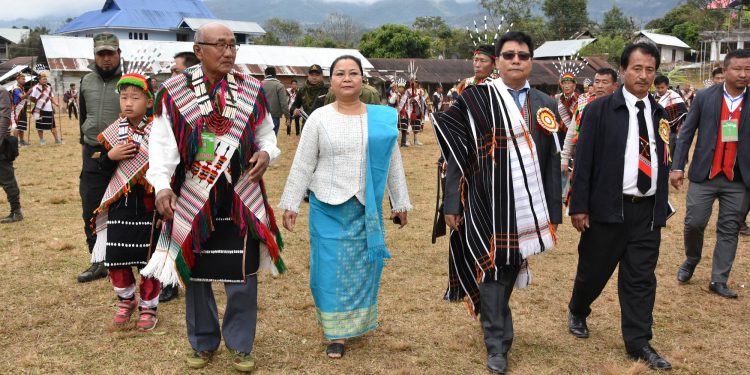 The New Year Festival of the Thangal community of Manipur known as Ng-Ngee (Angee) Pheo Tangnit 2020 was held held at Tumnoupokpi Village in Kangpokpi district on the first Saturday of the New Year 2020.

Manipur social welfare and cooperation minister Nemcha Kipgen formally opened the the Ng-Ngee (Angee) Pheo Tangnit which is the first of all the festivals celebrated by the Thangal tribe in a year.

Speaking on the occasion, social welfare minister Nemcha stressed that all round development in any fields can be achieved only when people resides in peace and harmony irrespective of caste, creed, religion and culture.

Stating that one should work not just for the welfare and development for today’s generation but for the future generation too, minister Kipgen also expressed that forgive and forget is one of the most essential qualities to live peacefully amongst all the different communities residing in the State.