Manipur will be brought under ILP regime, says Amit Shah 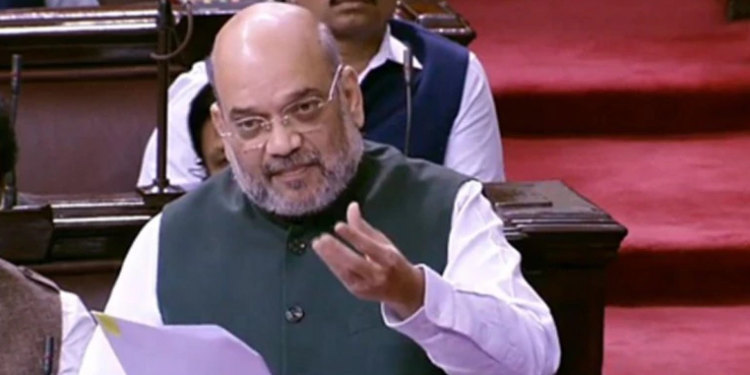 Union home minister Amit Shah on Monday declared that Manipur would be brought under the Inner Line Permit (ILP) regime.

Shah said no provision of Article 371 would be violated by this Bill.

He said the linguistic, cultural and social identity of the people of the Northeast would be preserved.

“The issue should be seen as a humanitarian one, beyond political ideologies,” Shah said.

He made the announcement while moving the Citizenship (Amendment) Bill 2019 in Lok Sabha for its passage.

The Minister said the provisions of the amendments to the Citizenship Act, 1955, which was enacted to provide for the acquisition and determination of Indian citizenship, would not apply to tribal areas of Assam, Meghalaya, Mizoram or Tripura as included in the Sixth Schedule to the Constitution and the area covered under

“The Inner Line” notified under the Bengal Eastern Frontier Regulation, 1873.

Some of them also have fears about such persecution in their day-to-day life where right to practice, profess and propagate their religion has been obstructed and restricted.

Many such persons have fled to India to seek shelter and continued to stay in India even if their travel documents have expired or they have incomplete or no documents.

The Home Minister said that this Bill contains provisions to grant Citizenship to such refugees on reasonable grounds, which in no way go against any provision under the Constitution of India and does not violate Article 14.

Talking about Right to Equality, Shah said that Article 14 allows reasonable qualifications to its provisions and there have been instances in the past when refugees facing persecution in other countries have been granted Indian citizenship.

Giving example of refugees coming from Bangladesh in 1971, he said that the Government of that time gave citizenship to these refugees.

The home minister said that the inflow of refugees have not stopped after that.