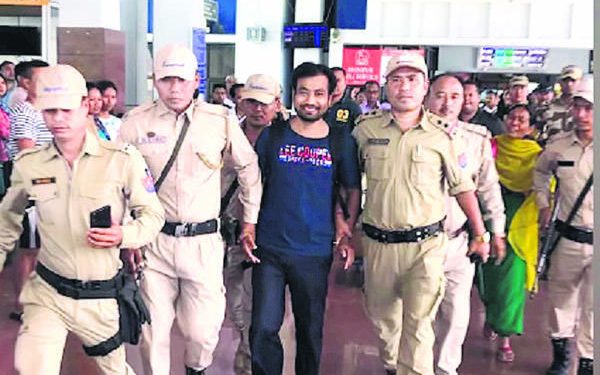 Chiranglen along with two others were arrested from Patna a few days back.

Chiranglen was arrested after 11 years he escaped from the custody of Manipur government.

The MCPM leader was arrested by a joint team of Manipur police and Patna police on last Thursday (August 8) along with two leaders of the Kangleipak Communist Party (KCP)- People’s War Group (PWG).

The trio was brought to Imphal after Manipur police took transit remand for five days from Patna court.