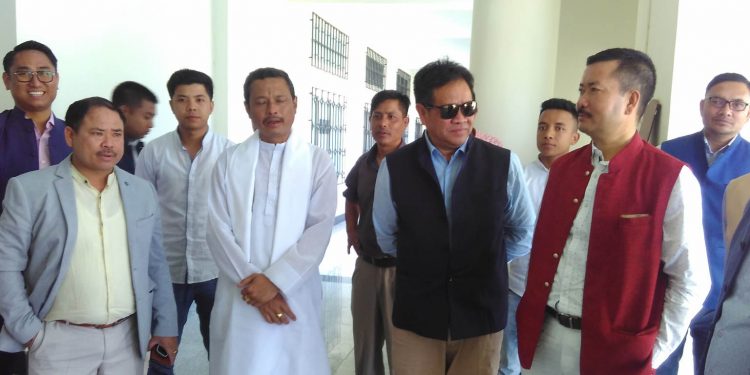 The scrutiny of the nomination papers will be held on Monday for the Rajya Sabha polls scheduled on March 26.

At present, BJP Manipur Pradesh president Kshetrimayum Bhabananda is the seating member of the Upper House from Manipur, whose term is due to expire in April this year.

It may be mentioned that the central election committee of BJP had nominated titular King Leishemba as their candidate for the Rajya Sabha polls on Wednesday.

On the other hand, former MLA Tongbram Mangibabu of Indian National Congress and Honreikhui Kashung of Naga People’s Front (NPF) have also filed their nomination papers for the Rajya Sabha polls later in the afternoon, sources said.

ALSO READ: Buddhist University to be set up in Tripura