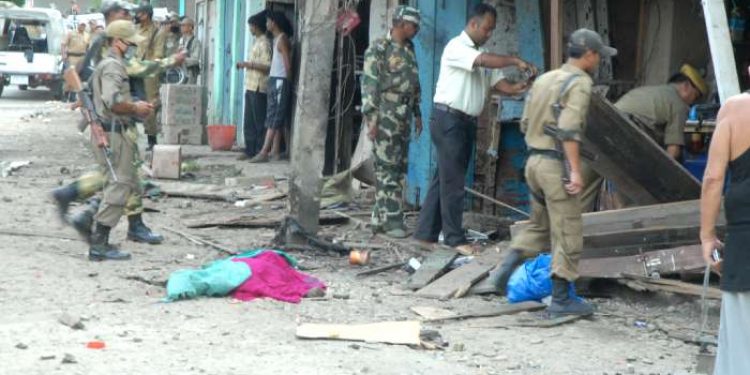 Police said the BSF personnel were injured when a powerful remote controlled bomb went off near Telipati in Imphal east district around 11.30 pm.

The injured jawans have been rushed to JN Institute of Medical Sciences in Imphal.

No insurgent group has so far claimed responsibility for the blast.

The Telipati area, where the blast occurred, is dominated by people belonging to Bihar-origin.

A case has been registered in connection with the blast and investigation is one, police said.