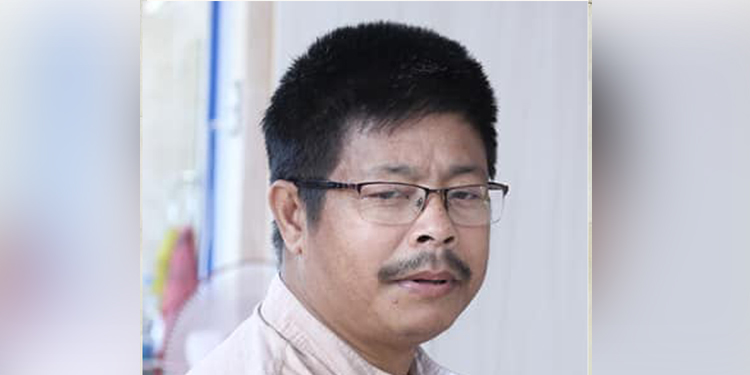 Homen D’Wai is the latest victim in the long list of film personalities, who have fallen to the Covid19 shortly after the ravaging second wave struck the state since April-May.

He had been suffering from kidney ailments for a while and needed dialysis three times a month.

Late last night (Saturday), he lost consciousness and died at the hospital where his dialysis was done.

At the time of his death, he was Covid19 positive.

A resident of Sagolband Thangjam Leirak, 51-year-old Homen D’Wai is survived by his wife and a nine-year-old daughter.

Homen D’Wai is one of the ‘new age’ filmmakers who started his film career under the guidance of the pioneering filmmaker, Kh. Ibohal Sharma.

Sharing the grief of the bereaved family, MSFDS termed the sad demise of Homen D’Wai, a big loss for Manipuri Cinema.

As a mark of respect and homage to the departed storyteller, candles were lit at the Manipuri Cinema Memorial at MSFDS complex at Palace gate at the film community.

“With Homen D’Wai’s passing the film community has lost ten of its personalities since the Covid19 second wave,” said the statement, issued by MSFDS secretary Sunzu Bachaspatimayum.