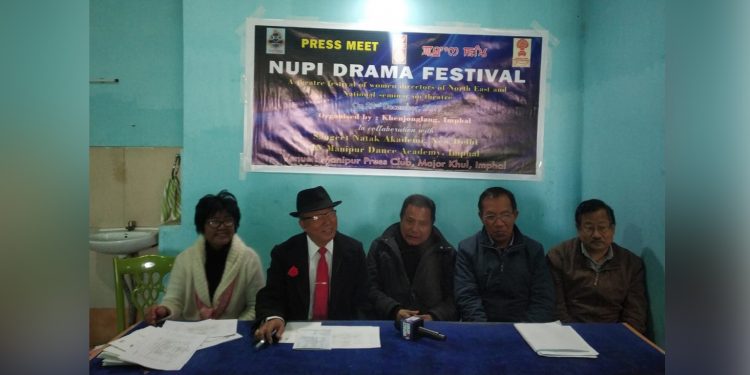 The first Northeast Women Drama Festival is going to be held in Imphal from December 24 to January 2, 2020, and it will be attended by a host of powerful female theatre activists.

The ten-day festival is being organised by local theatre group Khengjonglang in collaboration with Sangeet Natak Akademi and JN Manipur Dance Akademy as part of empowering women.

The festival will be held at the picturesque Khengjonglang complex near Irilbung in Imphal, informed festival director S Thaninleima.

The festival was initially scheduled from December 2 to December 11, but it was postponed considerating law and order situation of the northeast.

In a brief chat, Thaninleima said a total of 10 women theatre groups of Northeast will present 10 different plays during the festival.

A national seminar on theatre will also be held as part of the festival from December 25 to 28, he said.

Prominent women theatre directors from Northeast will attend the festival and present their plays.

Besides, two award-winning folk dramas (Shumang Leela) will also be staged during the festival, she added.

Chairperson of the festival committee K Radhakumar will also attend it.

Earlier the festival was scheduled to begin from December 2 till December 11.

The first-ever Nupi (or women) drama festival was held in Manipur in 2015.