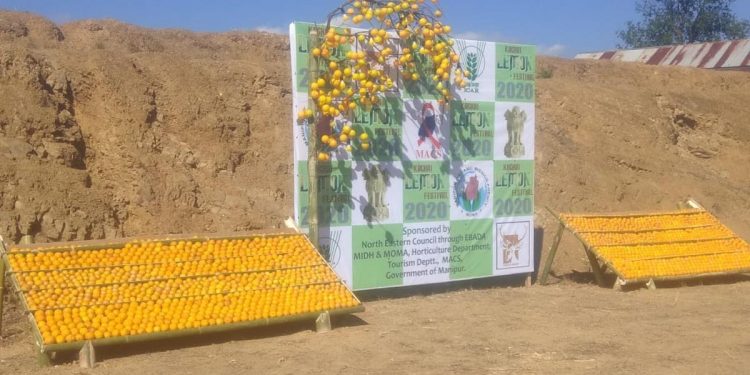 A team of officials and scientists inaugurated the seasonal fruit festival by slicing an indigenous lemon in presence of the village authority and lemon growers of Kachai village on Tuesday.

The festival, held under the banner ‘Save the pollinators’, was aimed at preserving and promoting the GI tagged indigenous Kachai lemon which grows abundantly in and around Kachai village in Ukhrul district.

In his inaugural speech, Dr Prakash lauded the villagers of Kachai for their enthusiastic efforts to preserve the indigenous lemon and thereby achieving the GI tagging as one of the best lemons.

According to the villagers, lemon yield has seen an increase compared to the last year’s production.

The lemons are cultivated in and around 500 hectares of land and the plantation has been gradually expanding to the neighbouring villages.

Sources said more than 250 metric tonnes of Kachai lemon are expected to be produced this year.

On the other hand, EBADA project director Ningthemjo assured the villagers that an integrated processing unit and integrated packed house would be constructed in the village.

Three best lemon exhibitors and best pest management farmers were awarded during the festival where there were 89 lemon stalls.