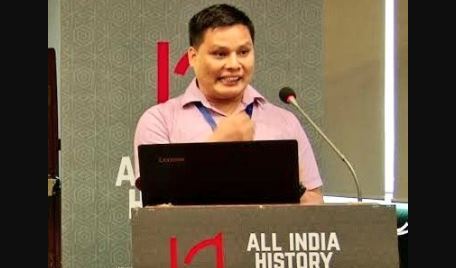 Manipur police have arrested a Jawaharlal Nehru University (JNU) research scholar for writing an article criticizing the government in a local daily.

Scholar Chingiz Khan, who is pursuing PhD in History at JNU wrote an article titled “Political ploy to push Muslims into marginalization” in a Manipuri Daily, Ichel Express.

Khan in his article reportedly pointed out the ‘discrimination’ of the Manipur government policies towards the Pangal Muslim community in the state.

He slammed the BJP government for carrying out eviction drive at Khetri Bengoon Awa Ching.

Delhi Association of Manipur Muslim Students, has condemned “this act of assaulting democratic values and the right of an individual”.

The association said in a statement that Khan must be released immediately and unconditionally.

“Vividly, his detention exposes the government’s inability to cope with the ugly truth pointed out about their flawed and reckless implementation of public policies.

“This is not just an assault to dissenting individuals but to the intellectual world for criticising and exposing the truth,” the statement reads.