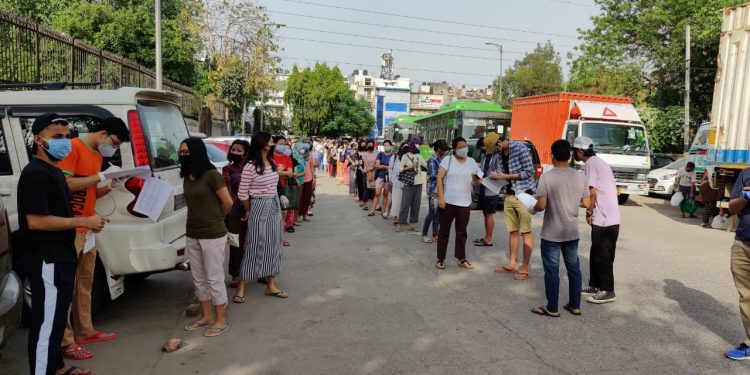 Manipur Government has transferred Rs 2000 each to 12,561 stranded citizens of the state mostly students till now, according to an official press release.

The amounts were transferred after the Manipur government decided to extend one time financial assistance to Manipuri who have been stranded in various parts of the country.

Out of 16,172 individuals who have registered through http://tengbang.in/ the amount has been transferred to the bank accounts of 12,561 individuals after due verification, said a DIPR Manipur report.

The government will further extend financial assistance to those remaining individuals.

Each distributed packets containing five kg rice, one kg each of dal, potato and onion besides one litre cooking oil, mask and sanitizer, the source said.

Earlier the team had distributed dry ration to 200 students in Gurgaon and 100 in Delhi.

They have also distributed the dry ration to about 400 in Munirka area and 500 in Vijaynagar areas in Delhi.

Last month senior IAS officer P K Singh was appointed as the State’s nodal officer to help and guide the stranded citizens of the state by contacting the concerned state governments.

Prior to this the state government had launched a website (www.tengbang.in) to reach out to its citizens stranded outside the state after the nationwide lockdown.

The state authority also introduced another website (www.mncovid19.in) in the beginning of this month to provide the latest and authenticated information on COVID-19.