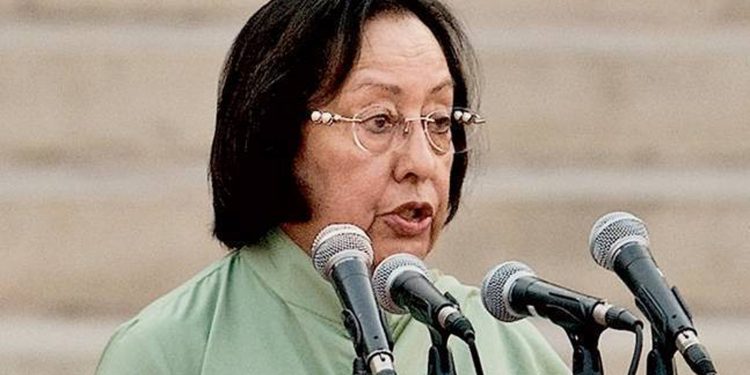 With an aim to provide Manipur’s pineapple farmers with a common platform and empower them, the 12th State-level Manipur Pineapple Festival was organised on Friday in Churachandpur district.

The inaugural function was attended by a host of dignitaries including Manipur Governor Dr Najma Heptulla along with the chairman of Hill Areas Committee T Thangzalam Haokip among others.

“The objective of the Manipur Pineapple Festival is to look for viable markets, promote agro-tourism and foster the spirit of unity and brotherhood,” said Heptulla in her address to the gathering.

“Manipur is blessed with a variety of pineapple. It is one of the most preferred fruit for many owing to its flavour and health benefits,” the Governor further added.

She further said that the pineapple cultivation can help in boosting the state’s economy immensely.

She also suggested the production of sundried pineapple slices for commercial purpose.

“It is important to develop easily marketable products like canned pineapple slices, concentrates, extracts and powder so that the transportation costs come down and the fruit is available to the national and international consumers,” she further said.

A souvenir of the Manipur Pineapple Festival Committee, 2019 called Footprints was also released on the occasion.

A colourful cultural festival was also organised as a part of the festival.