“There is a price for this as free aid does not fall from the sky like rain,” Biren Singh had said. 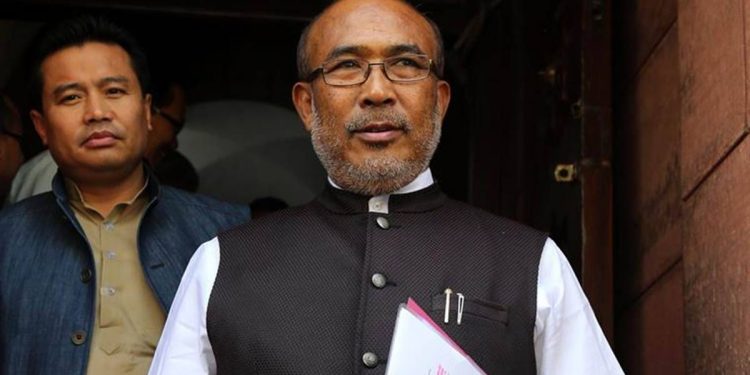 Manipur Congress has demanded an “unconditional public apology” from Chief Minister Biren Singh for his remarks over price rise.

The Manipur Congress termed the remarks of CM Biren Singh a “mockery of people hit by the pandemic”.

Manipur Chief Minister Biren Singh, while reacting to the Congress’ protest over high prices of fuel on Friday said that the Central Government is providing free rice and free Covid vaccines to the people.

The Manipur CM had said that the prices of fuel are high because the Central Government is trying to make up for the free distribution of rice and COVID vaccines along with other welfare programmes.

“There is a price for this as free aid does not fall from the sky like rain,” Biren Singh had said.

The Manipur Congress said that CM Biren Singh’s comments were “insensitivity and public mockery” and shows that the BJP government in the State has no regard for the poor.

The Congress claimed that the people of Manipur have given Rs 702 crore as state’s taxes in buying petrol to the state exchequer, since the BJP came to power in the State.