According to reports, Manipur Congress in all likelihood is set to get a working president by Friday evening. 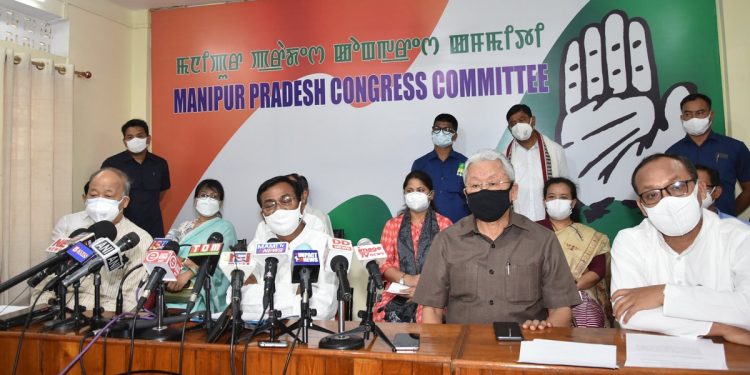 The ongoing crisis within the Congress party in Manipur seems to be far from over.

Manipur Congress in-charge Bhakta Charan Das, on Thursday, met office bearers of the party’s state unit and MLAs in a bid to resolve the crisis.

Bhakta Charan Das is in Imphal, on direction of Congress chief Sonia Gandhi to resolve the crisis that hit the party after Manipur Congress chief Govindas Konthoujam had stepped down from his position, a couple of days back.

The meetings with the legislators and the office bearers discussed several issues that the Congress is facing in Manipur including the resignation of Govindas Konthoujam as the party’s state president.

Bhakta Charan Das has arrived at Imphal on Wednesday, to examine various issues that the party is facing.

Speculations are rife that Govindas Konthoujam along with eight other Congress MLAs are set to join the ruling BJP.

However, the Manipur Congress has refuted the reports terming them as mere speculations.

Meanwhile, according to reports, the Manipur Congress in all likelihood is set to get a working president by Friday evening.

While briefing the media, Bhakta Charan Das, clarified that there are no demands for change in Congress Legislature Party leader, which is currently being held by former Manipur chief minister Okram Ibobi Singh.