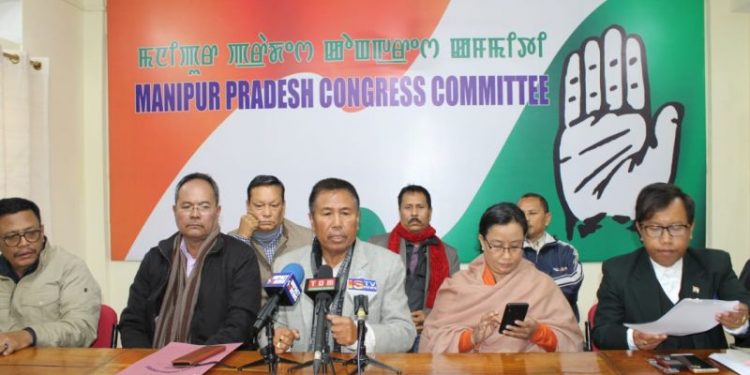 Manipur Pradesh Congress Committee (MPCC) on Saturday hailed the Supreme Court judgment on the clampdown in Jammu and Kashmir.

The apex court judgment on Friday recognized internet access as a part of the fundamental right to freedom of speech and expression.

It also observed that the casual and cavalier use of Section 144 of the CrPC would result in severe illegality as orders passed under the section have direct consequences upon the fundamental rights of the public.

Mangibabu also accused the BJP-led coalition government in the State and NDA government of misusing power and resorting to various stringent laws.

Mangibabu said the imposition of Section 144 in Imphal West district for two months since December in the wake of anti-CAA protests in the State is not justified.

He also questioned why the government is misusing the power for repressing the people when the people are not resorting to any form of violence.

He maintained that the anti-CAA protests held across the State are all peaceful and non-violent.

The MPCC spokesperson went on to assert that even though India is regarded as the biggest democracy, the BJP has tarnished the image of democracy.

He further noted that the people would have happily accepted and approved the CAA if it is an upright legislation.

Besides, there would be no need for the BJP to hold awareness rally or meeting on CAA by distributing money to people, he added.