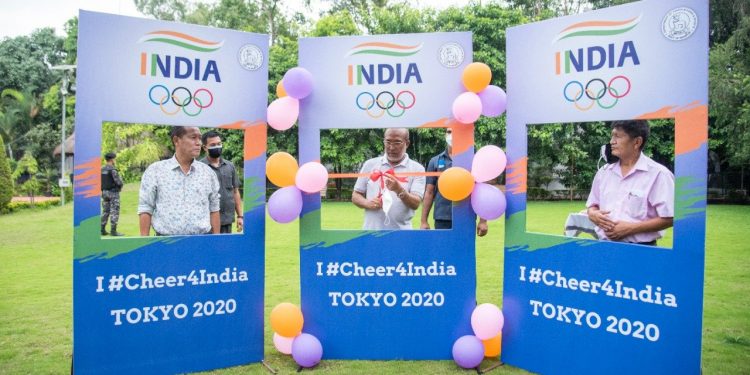 The campaign has been launched to garner support for the athletes representing India at the Tokyo Olympics.

The Tokyo Olympics is scheduled to be held from July 23 to August 8 this year at Tokyo in Japan.

The campaign will include quiz on Olympics, fan engagement drives and Olympic symposium where the public can participate.

Moreover, the people can also click their selfies at selfie points being set up under the ‘Cheer 4 India’ campaign to show their support for the athletes.

Launched the Tokyo Olympic #Cheer4India campaign in Manipur too as a way of cheering the athletes representing India. We are initiating activities like Olympic Quiz, fan engagement drives, Olympic Symposium and also setting up selfie points to click pictures & show their support. pic.twitter.com/sfzYtbBMmL