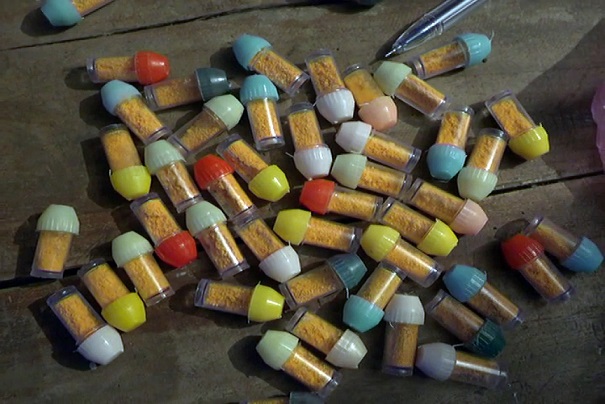 Manipur Police have busted a brown sugar laboratory in a raid at Phaijang hill near Saikul in Kangpokpi district of the state.

The team was led by Additional SP (NAB) Saklemba RK.

“Acting on a tip off, a team of Narcotics and Affairs of Border (NAB) of the Manipur police on Wednesday raided the Phaijang hill area and busted the laboratory,” said a police official.

No arrest has been made in connection with the incident.

Police have registered a case in connection with the incident and investigation is on.

In a separate incident, Assam Rifles troops recovered contraband drugs, including 4,000 suspected WY (World is Yours) tablets and 33 packets of suspected brown sugar weighing around 390 grams and worth Rs 90 lakh, from the Khudengthabi check-post in Tengnoupal district on January 6.