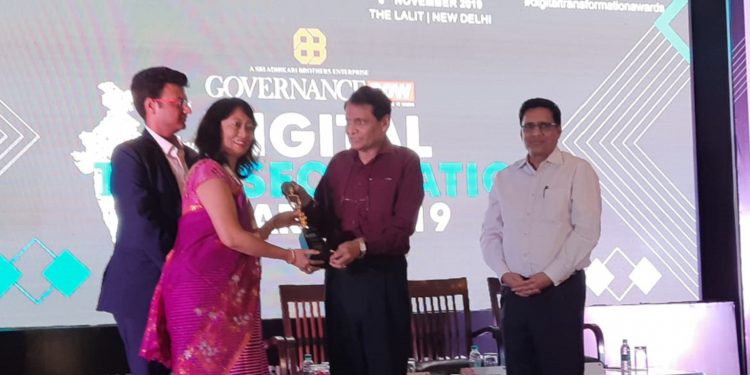 Manipur‘s Bishnupur district has received the ‘Governance Now Digital Transformation Award 2019 in recognition of its efforts for taking up digital projects in the district successfully.

“The award is a result of the collective efforts of the staff, civil society organisations, and the people,” the DC said.

“In the past two years the numbers of debit cardholders have increased by 47.04 per cent and business correspondence from the 24 Gram Panchayats have increased from 24 to 35,” the DC added.