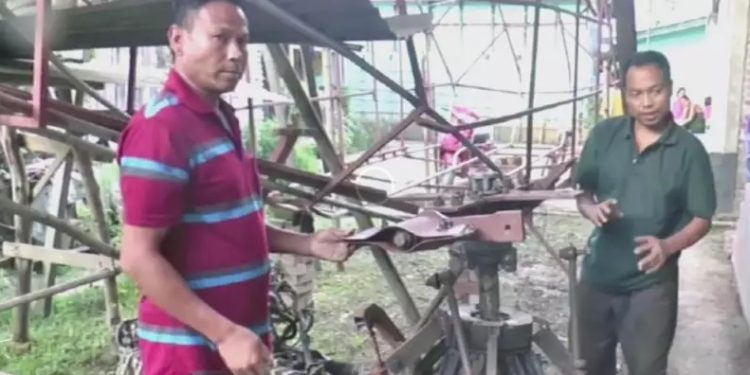 Screen grab of a video by ANI News

Believe it or not.

A mechanic by profession will now fly a helicopter.

Thokchom Sunil Singh, hailing from Thoubal district of Manipur, is making a helicopter, which he claims will fly within a year.

According to reports, the 45-years-old has also headed a large number of mechanics at prestigious places like – Maruti Service Centre etc.

According to Singh as quoted in reports, most of the people in Manipur have been suffering from sky high inflation rate.

In order to give them some respite and ease their problems, Thokchom decided to construct a helicopter since past six years.

He has been working on it since then and he claims 80 per cent of the works are completed.

He is confident that within six months to a year, he will be complete his dream project and fly in the sky of Manipur.

It is learnt he has spent more than Rs 15 lakhs so far in this project.