IED blast in Imphal, no causalities 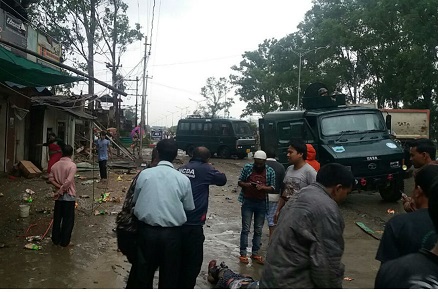 The blast site at Thoubal in Manipur. (File photo)

The blast occurred at Nagari area in Imphal around 05:00 am.

Police said there was no causality or injury. The blast site is just about 800 metres away from City Police Station.

Police from the local police station rushed to the spot immediately. However, no arrest has been made so far.

A few persons were rounded up soon after the blast for establishing their identity. Officials said that the miscreants involved in the blast had fled the spot.

There have been several bomb blasts in the city in the past few months.

At least five police personnel, including two officers and one civilian, were wounded in the last bomb blast in Imphal.