Ex-gratia of Rs 500 under PMGKY will be disbursed among pensioners: Manipur minister 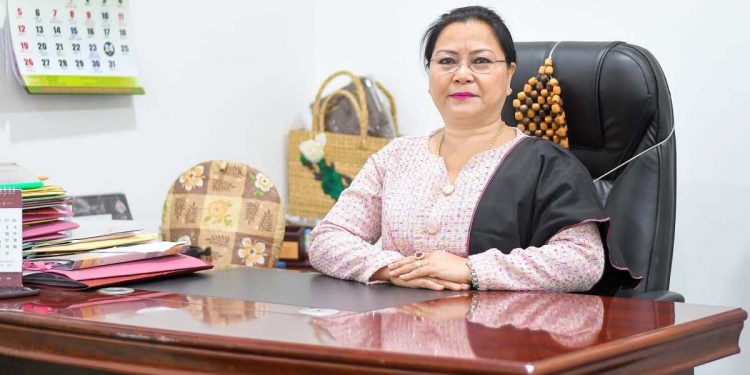 Manipur social welfare minister Nemcha Kipgen on Wednesday announced that ex-gratia of Rs 500 under Pradhan Mantri Garib Kalyan Yojana (PMGKY) will be disbursed among the beneficiaries of various pension schemes.

The decision has been taken to help the pensioners during the crisis situation arising out of the COVID19 pandemic.

Minister Nemcha informed that a total amount of Rs 309.87 lakh has been released by the ministry of rural development (NSAP Section) for Manipur, said a statement issued by the information and public relations department.

The funds will be released to the pensioners through Direct Benefit Transfers (DBT) to the respective bank accounts of the beneficiaries, the minister asserted.

To combat the economic impact on the poor and needy during this lockdown period, the Prime Minister Narendra Modi-led government on March 26, 2020 announced ‘Relief Package’ of Rs 1.7 lakh crore under PMGKY.

The PMGKY was launched by the government of India in 2016.

The state social welfare minister expressed gratitude to Prime Minister Modi for such an initiative for the poor and needy at this critical juncture.

On Tuesday, minister Kipgen also announced that funds for care giver allowance to the persons with disabilities under the Chief Ministergi Shotharabasingi Tengbang (CMST) have been released through Direct Benefits Transfer (DBT).

The CMST is a state assistance scheme.

Altogether 4,879 beneficiaries will be receiving the amount in their respective bank accounts, she informed.

Saying that safety is the prime concern for all during this COVID19 pandemic,  Nemcha Kipgen appealed to all the beneficiaries not to rush to banks or ATMs to get the disbursement of the funds, but to maintain social distancing and avoid overcrowding in the banks.