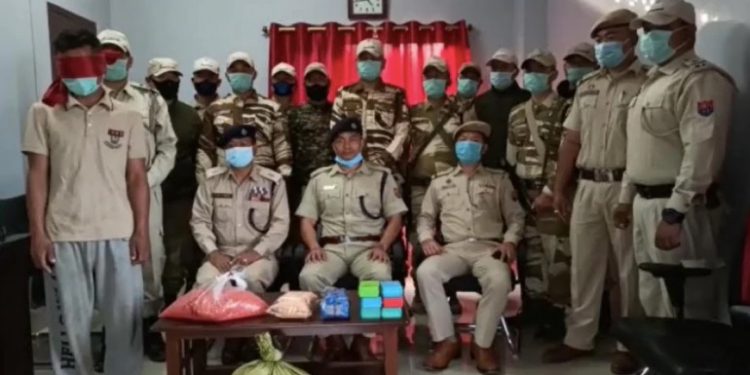 Troops of Assam Rifles and Manipur police in a joint operations seized drugs worth over Rs 8.50 crore in Manipur’s Moreh area along Indo-Myanmar border.

A team of Manipur police on Friday evening seized huge quantity of WY stimulant tablets, brown sugar worth over Rs 5.18 crore and arrested a man.

“Seeing the alertness of the commando team, two persons who were travelling from Moreh ran towards hills slope and left the vehicle near Tengnoupal valley bridge. Immediately the commando team chased them and able to apprehend one person,” Singh said.

The man has been identified as Manghaothang Zou, 32, of Churachandpur district

“The arrested person, van and the contraband drugs were handed over to Tengnoupal police station for further legal action,” the SP added.

Earlier, the troops of 20th battalion of Assam Rifles seized huge cache of brown sugar worth over Rs 3.32 crore and arrested one drug peddler from the Moreh area on June 4.