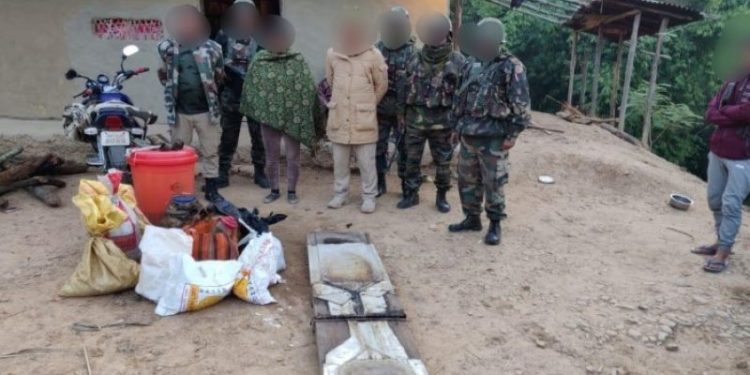 During the operation, the team unearthed contraband items worth Rs 120 crore.

This was stated in a release issued by IGAR (South).

The plant was being utilized to extract morphine from opium which was further processed into brown sugar and heroin, it added.

During the detailed search, the team recovered approximately 29 kgs of heroin and brown sugar (solid), 20 litres of brown sugar (liquid), eight kg of Marijuana, including equipment and chemicals used for processing of drugs.

The drug after processing was being supplied in the form of loose bags and moulded bricks to the youth of Manipur and Nagaland.

A lady identified as Elizabeth Khongshai has been apprehended by police while the owner of the house in which the drug processing plant was functioning is currently absconding.

The assessed value of the recovered contraband items is approximately around Rs 120 crore in the international market, it stated.

The apprehended woman and seized contraband items have been handed over to Maphu Dam Police Station for further investigations.