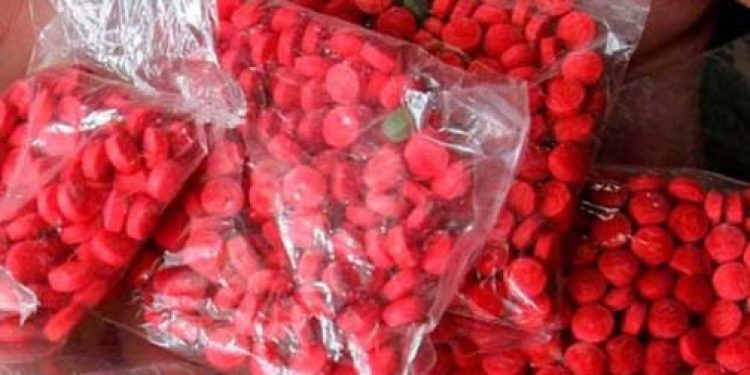 Police said the Assam Rifle trooper identified as Yengkhom Bikram Singh has been arrested with ‘World is Yours‘ tablets worth Rs 2.3 crore.

During a regular vehicle checking on the Imphal-Moreh highway, police commandos stopped the car of Singh, at Wangjing Bazaar at around 8.30 pm on Thursday.

35-year-old Singh is a jawan of the 6th Assam Rifles.

Acting on intelligence inputs, a police team of Thoubal district conducted a search operation at Wangjing Bazar area on the Imphal-Moreh highway at around 8-30 pm on Thursday.

“While searching his vehicle, the commandos found 2.3 lakh Yaba tablets concealed in an airbag of the car. The seized drug is worth Rs 2.3 crore in the international market,” said a police officer.