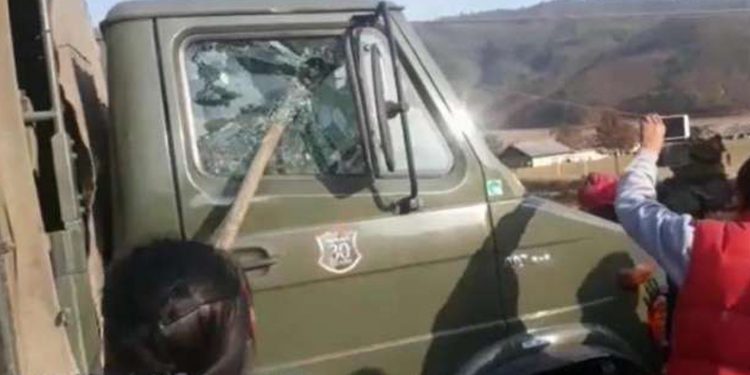 An Assam Rifles vehicle was attacked by an angry mob in Senapati district of Manipur following the arrest of an NSCN (IM) cadre on Friday.

Sources informed that after the NSCN (IM) cadre was arrested by the Assam Rifles personnel in Mayangkhang area of Senapati district, the local residents came out to the street and blocked the Imphal-Dimapur road.

The locals even gheraoed and attacked an Assam Rifles vehicle when it reached the spot.

Top Manipur police officials reached the spot and brought the situation under control.

The NSCN (IM)M cadre was arrested after it was reported that an Assam Rifles captain was allegedly captured by the militant organisation.

It was also reported that the NSCN (IM) cadres had also snatched the weapons of the Assam Rifles personnel.

The security personnel, however, was later released and his weapons were also returned.