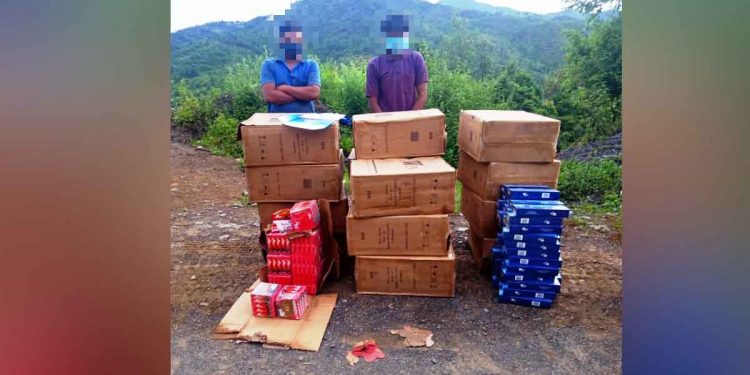 “Based on a specific input about movement of some illegal items in the area of Thoubal, a Mobile Vehicle Check Post along Thoubal – Hongbi road was established,” the statement said.

On detail search of the vehicles, 14000 packets of cigarettes, 100 Kgs of betel nuts and other items including five boxes of mosquito repellent and four boxes of Tinned-Fish were apprehended with the two individuals carrying the consignment, the release added.

The apprehended individuals have been identified as Rishikanta and Chalamba from Khurai in Imphal, it further said.

The apprehended along with the seized items were handed over to the Customs and Excise Department for further legal action, it added.