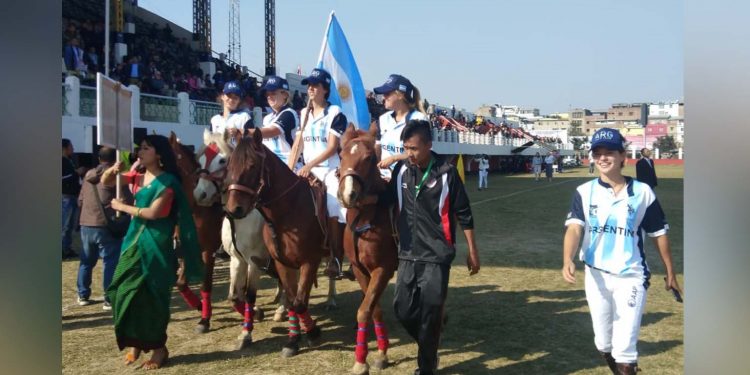 Mapal Kangjeibung is the oldest living Polo Ground in the world.

Manipur Chief Minister N Biren Singh inaugurated the tournament in presence of a host of other dignitaries.

Six women polo teams including the host, Indian Polo Association(IPA) and four women foreign teams are competing in the five-day tournament organised by the All Manipur Polo Association.

The four women foreign teams are from USA, Great Britain, Argentina and Egypt- who are making their debut in the tournament.

In the opening match of the tournament, the Great Britain team trounced the IPA by 9-0.

The tournament will continue till January 21, which is also the statehood day of Manipur.

During their stay in Manipur, the visiting women polo teams from the USA, Great Britain, Argentina and Egypt will also visit the important tourist destinations of Manipur.