3-storey market building coming up at Pureiromba Keithel in Imphal 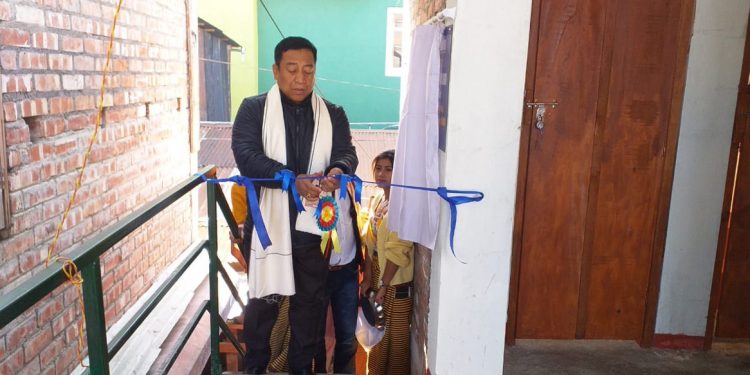 This was disclosed by the municipal administration, housing & urban development (MAHUD) and town planning minister Thounaojam Shyamkumar on Monday.

Minister Shyamkumar made an announcement during the inauguration of a public toilet at Pureiromba Keithel in the Imphal East district.

The toilet complex is constructed by MAHUD under the Swachh Bharat Mission at a cost of Rs 15 lakh with the Planning Development Authority (PDA) as the implementing agency.

Shyamkumar further said the new three-story building will be constructed in consultation with the Manipur chief minister.

He also assured that the new building would incorporate all the vendors in the area where specific items/products will be sold at the specified location/floor.

Informing that Manipur is also famous for the iconic Ima Keithel, which is Asia’s largest all-women market, the minister appealed to the citizens to protect the sanctity of the Ima Keithel.

He advised the citizens of the state, especially the women folks, to stop using tobacco products as a number of diseases like cancer are on the rise in the state due to the consumption of tobacco.

Instead of consuming tobacco, Shyamkumar appealed to the people to start the intake of seasonal fruits.