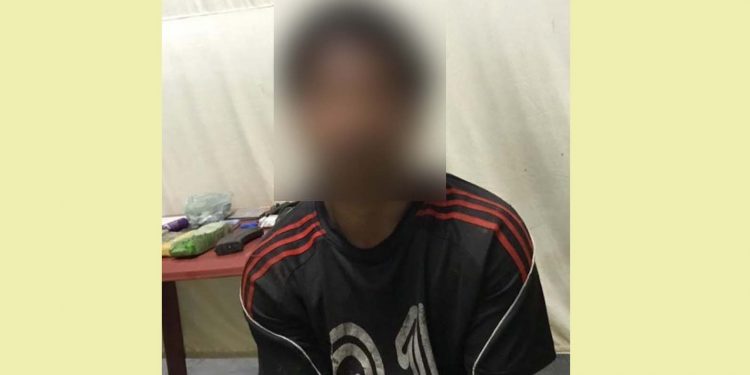 On a tip-off, security forces carried out an operation and apprehended one Zeliangrong United Front (ZUF) at Leisok village in Tamenglong district of Manipur recently.

Later, the apprehended cadre of the Zeliangrong United Front (ZUF) along the items recovered from his possession was handed over to the police for further investigation.

Sharing the news on its official Twitter hand, the Eastern Command stated: “One hardcore ZUF Cadre was also apprehended during the operations at Leisok village, Tamenglong, Manipur.”

“Apprehendee along with recoveries have been handed over to police for the further investigation,” it added.

One hardcore ZUF Cadre was also apprehended during the operations at Leisok village, Tamenglong, Manipur. Apprehendee alongwith recoveries have been handed over to police for the further investigation @adgpi @spokenpersonMOD pic.twitter.com/gwhwclzrdX

According to media reports there was a fierce gun battle between security forces and Zeliangrong United Front cadres at Leisok village under Khoupum Police Station.

After the exchange of fire, the security force personnel carried out a search operation in the area  and were able to apprehend on ZUF cadre.

The ZUF is a militant out of Manipur which vows not to go for any peace agreement with the government.

The outfit continues to fight for protection of the interest of the Zeliangrongs and its related indigenous communities.