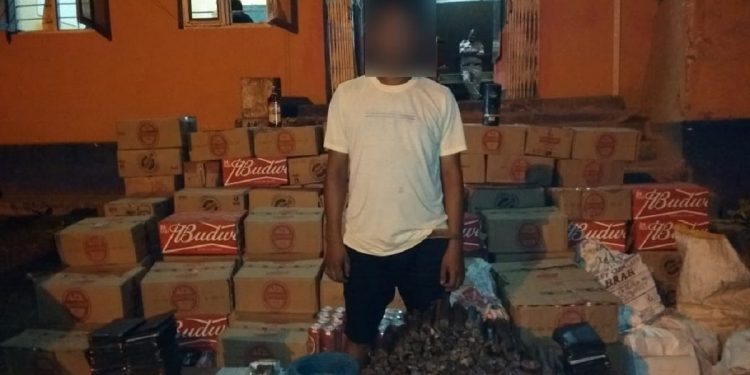 In a swift action by Assam Rifles, a huge cache of explosives was seized from Vengnoum South village in Churachandpur district of Manipur on Tuesday.

This was stated in a defence press release issued on Wednesday.

These explosives could have been used by the insurgent groups to make IEDs for use against civilians and security forces.

Based on specific input, columns of Assam Rifles raided the village and seized the huge cache of explosives which included 190 explosive sticks, 62 detonators and 145 cases of illicit liquor from a resident of the village.

It is also believed that the individual is involved in selling explosives, preparation of fake documents and liquor permits.

The individual, explosives and illicit liquor have been handed over to the Churachandpur Police for further investigation.

The prompt action by the Assam Rifles has reinforced the commitment of the security forces in defeating the nefarious designs of the terrorist groups while ensuring safety and security in the region.